The children at Kenmore Park are exploring culture and language through the Kindy’s Japanese program.

Kenmore Park was fortunate to be one of the 41 kindergartens nationally chosen to participate in the 2015 trial of app-based language learning.

The Australian Government provided $9.8 million for the Early Learning Languages Australia (ELLA) trial, to test the effectiveness of providing preschool children with early exposure to a language other than English through online learning programmes. Given the overwhelmingly positive response from both parents and educators involved in the 2015 trial, it was announced that the trial would continue in 2016 and beyond.

Kenmore Park is pleased to have the ELLA material available for our Kindy children, and we look forward to adventuring with the Polyglots for another year.

Studies show that learning a second language at an early age has a positive effect on intellectual growth and leaves children with more flexibility in thinking, greater sensitivity to language and improved listening skills: all such valuable assets for growing young learners. Young children have a natural curiosity about learning which is evident when they engage in learning a new language. They are also open and accepting of people who speak other languages and come from other cultures. 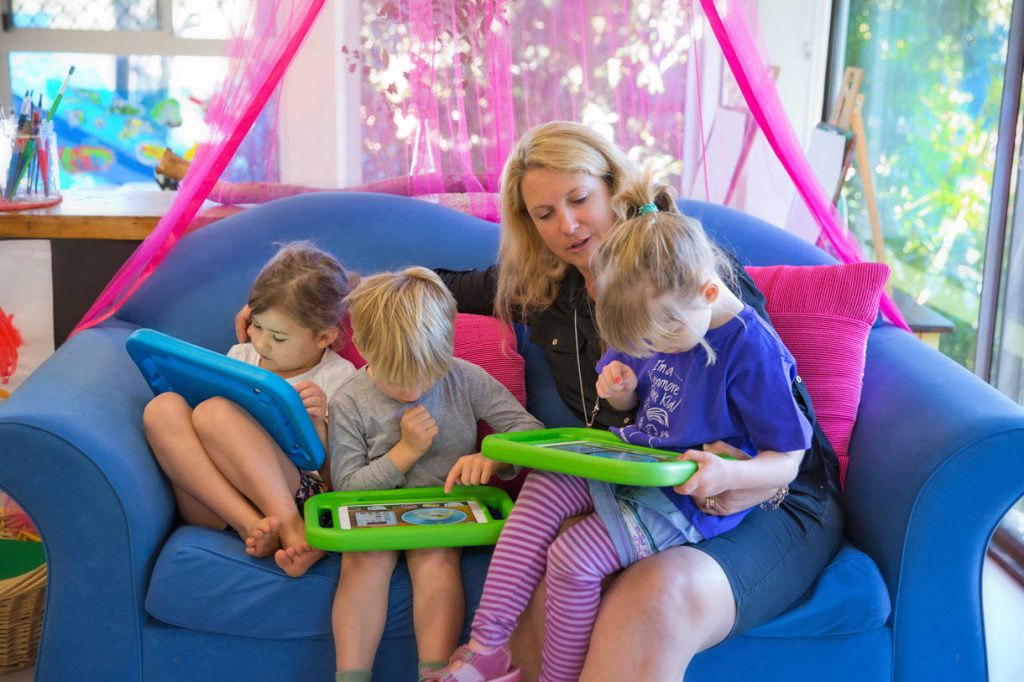 Kenmore Park has been providing Japanese lessons at Kindy since 2012, initially through a visiting teacher, and more recently, via the interactive apps. In 2014, our Kenmore Park Kindy Co-Director, Annie Kelly, was interviewed alongside Sussan Ley by ABC Radio about our Japanese lessons and the ELLA trial.

If you are interested in more information about this innovative language program or to find out about some of the amazing learning experiences taking place at Kenmore Park Kindy please contact us on 3378 4469 or info@kenmorepark.com.au.